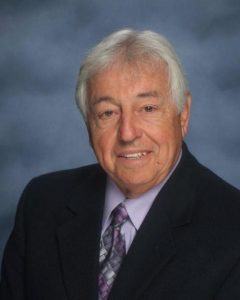 Greg Vitello graduated from St. Benedict’s College (now Benedictine) where he played soccer and baseball before getting his B.S. in Education. He began teaching and his coaching career at DeSmet Jesuit High School, which was in its infancy at the time. Besides teaching biology and physical education, he added weight training to his regimen later.

Vitello began his successful coaching career starting as freshman football coach, assistant track coach and head soccer coach. Later, he added head swimming coach and head track coach. But it was as the DeSmet soccer coach that Vitello excelled. Even though soccer was at its infant stages at the school (and coming in at mid-season after the previous coach left), he gave the program a shot in the arm with his coaching style. 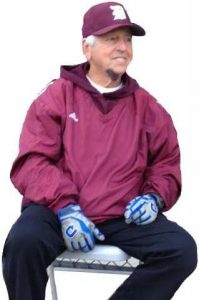 Using only sophomore players (as the school was only two-years old), DeSmet played against many varsity schools. “But the kids were receptive and ready to meet the challenge,” Vitello recalls. “I was blessed over the 46 years of coaching at DeSmet to coach great young men who were more interested in playing for the school name on their jersey than personal accolades.”

During those 46 years, Vitello-coached teams won many soccer honors as well as winning five Missouri state championships. His program developed over 250 collegiate-level players, 80 who went to Division I programs. Included were All-American high school and collegiate players, who went on to play on professional and nation teams.

Vitello took over as baseball coach in 1980, emphasizing fundamental baseball. “I prided myself on making every practice a complete learning experience beginning with simple stretching to the most complex strategies in the game,” he says.

Vitello coached the DeSmet baseball team to five Final Fours and one state championship. From those teams, DeSmet sent 90 players to college programs and 35 to top Division I programs. Twelve of those players were drafted by Major League teams with two reaching the Majors, including Bill Mueller, who played 10 1/2 years in the big leagues, winning the American League batting title and a World Series ring with the Boston Red Sox.

He was also named the 1990 Coach of the Year by the National Soccer Coaches.