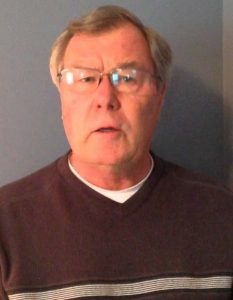 From 1968 through 1997, Gene Gieselmann was a fixture in the St. Louis Cardinals organization – not as a player, but helping to keep those athletes on the field. A native of Lindsborg, Kansas, and graduate of Wichita State University, he joined the Cardinals’ organization in 1968 as the trainer for the club’s Class A St. Petersburg club. He was promoted to assistant trainer for the Cardinals’ parent club in 1969 and named head trainer in 1971.

“Working with both the American League and National League All-Stars in Japan was a great experience,” he said, “because I was able to work with not only elite athletes from the National League, who I was already familiar with, but also the bonafide stars of the American League, who I only saw infrequently before that experience.” Gieselmann then traveled to Sydney, Australia, to serve as athletic trainer for the Survival of the Fittest competition. Gene also served as the event athletic trainer for “Superstars,” “Superteams” and the “Battle of the Network Stars” television programs for 25 years.“This was a great opportunity to work with superstars from other sports – like those from football, basketball, sports car racing and even jockeys,” he said.

Geno retired after a 30-year professional baseball career in 1997. His work with Gatorade was instrumental in maintaining the relationship with PBATS’ most prominent benefactor – Bill Buhler. Gene also spent many hours lobbying Major League Baseball’s Hall of Fame for the recognition of athletic trainers. Gene, along with partner Bill Hopfinger, cofounded Rehab 1, a network of 19 facilities that provide outpatient rehabilitation to referred patients throughout the metropolitan St. Louis area with a home health agency specializing in orthopedic care. He is a certified athletic trainer by the National Athletic Trainers Association and is licensed by the state of Missouri in athletic training (retired). Additionally, Gieselmann was a member of the Head First National Organizational Advisory Board, a program designed to help prevent head injuries.

An avid dog lover, Gene has also served on the Advisory Board of the Missouri Humane Society. Gene and his wife, Roseanna, have one son, Jonathan.