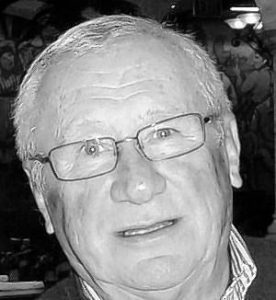 The history of the Crusader’s athletic program would be incomplete without the name of Coach Ed Reitz.

Ed had outstanding relationships with his players and opposing coaches. As a result of his reputation as a coach he was elected as the first parochial (private) school principal to the Missouri State High School Activities Association board in 1985. This was a significant event in Missouri athletic history as the relationship of private schools vs. public schools was strained at times in previous years. He became president of the board as the first private school principal to be selected for this honor.

In 1993 he was awarded the Distinguished Service Award by the Missouri State High School Activities Association (MSHSAA) by the board of directors in recognition of extraordinary services to interscholastic activities.

In all, Ed served as a Lutheran educator for more than 40 years, 25 of which were at Lutheran North as teacher, coach and principal. His love of sports served him well in his role on the board of the Missouri State High School Activities Association. He was involved with the North Central High School accreditation process both in the U.S. and for the DOD schools in Germany.

His connections to others as coach, mentor and confidant were particularly satisfying to him in his retirement years. He enjoyed travel, golf and fishing, and especially cherished time spent with family and dear friends.