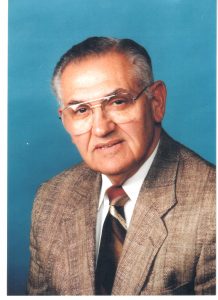 It’s rare to see or hear comments from athletes, much less Hall of Fame athletes, about their team doctors – unless they are negative in nature. In the case of Dr. Stan London, positive feedback has been the rule.

Baseball Hall of Famer and Cardinals’ legendary pitcher Bob Gibson is a man of few words, but he once said: “I will always cherish Stan’s friendship. He is a real pro.” The most revered manager in Cardinals’ history, Whitey Herzog, wrote on an autographed photo to Stan, “You’re worth more than a 20-game winner! To a real pro and a great friend.”

Suffice it to say, Dr. London ranks among the top of his class with other past great team doctors, Dr. Robert Hyland and Dr. I.C. Middleman. London spent 29 seasons as the St. Louis Cardinals team physician, from 1968-1998, and later served as the team’s Senior Medical Adviser. Along with those duties and his everyday role as one of St. Louis’ premier general surgeons, Dr. London also took on the team physician title for the National Basketball Association St. Louis Hawks.

A “famous” fix of the Hawks by Dr. London came when the Boston Celtic’s “Jungle Jim” Luscutoff knocked the Hawks’ greatest player of all-time Bob Pettit into the second row of the crowd, breaking his wrist in 1957, during a tough double-overtime loss to the Celtics. The players and fans were devastated. But London treated the injury, designed a special cast for Pettit, who amazingly missed only two weeks. When he returned Pettit picked up where he left off, averaging 25 points and 14 rebounds.

London was also a remarkable amateur athlete. Baseball, basketball and handball were his main sports, and he excelled in all three. London received his medical degree from Washington University in St. Louis. He also played baseball hitting a school-record .465 in 1948. On the basketball court, Stan earned honorable mention All-America honors. He is the only player in Washington U. history to play both varsity baseball and basketball during his first three years of medical school!

In handball, few were better than Stan London. He was once ranked as the fourth best player in the United States and was the first inductee into the Missouri Handball Hall of Fame in 1980. Handball was serious business for London. There was little conversation on the court, even in casual games with friends. One such friend, Al Kaufman, was a regular partner for games, noting in a story 15 years ago, that London missed little time getting back on the court after hip surgery.

He founded the Parkcrest Surgical Associates and he has been a fellow in the American Board of Surgeons and the American College of Surgeons. At age 86, Stan still practices medicine and attends most Cardinals’ games.

He has truly been the “iron man” of baseball here, having attended more than 6,000 Cardinals’ games, where he can be found seated behind home plate. Former long-time Cardinals’ trainer and close working associate Gene Gieselmann, a Hall of Fame candidate in his own right, admired the skill and dedication of the doctor, noting: “Dr. London was one of a kind in baseball. There haven’t been many team physicians who actually attended every home game in a season, much less every home game of every season! He was an important cog in the Cardinals machinery of success.”

His beautiful wife of 60 years, Jackie has been his lifelong love and continues to be at his side. The London’s have sons Jimmy and David, daughter Cindy, four grandchildren and two great grandchildren.

Stan was once quoted as saying, “It’s been a wonderful, long experience, great people, not just great athletes.”