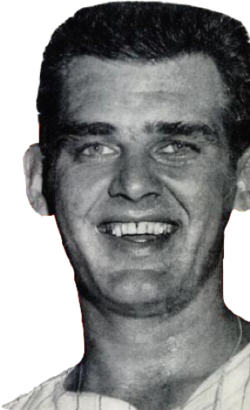 Written by: Craig Muder – Craig Muder is the director of communications at the National Baseball Hall of Fame and Museum

Without that Monday in October, Don Larson is an 81-91 pitcher with 14 big league seasons to his credit. But on Oct. 8, 1956, Larsen carved his name into the American sports landscape by pitching the first perfect game in postseason history.

Larsen, a 27-year-old Michigan City, Ind., native working in his fourth big league season, hardly seemed a candidate for a World Series victory – much less immortality. In Game 2 against the Brooklyn Dodgers just three days earlier, the New York Yankees right-hander was knocked out in the second inning in a 13-8 loss. To that point in his postseason career, Larsen had appeared in two World Series games, lasting a total of 5 2/3 innings in those two starts. 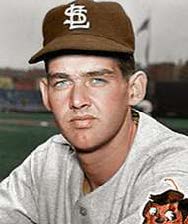 In Game 5, however, Larsen authored a 97-pitch masterpiece. He went to a three-ball count on just one batter and effortlessly zipped through a Dodgers lineup that featured future Hall of Famers Pee Wee Reese, Duke Snider, Jackie Robinson (who hit cleanup that day) and Roy Campanella.

A fourth-inning solo home run by Mickey Mantle gave Larsen all the runs he would need, but the Yankees tacked on another run in the sixth off Dodgers starter Sal Maglie, who allowed just five hits in his eight innings of work.

In the top of the ninth, Larsen retired Carl Furillo on a fly ball to right and got Campanella to ground out to second. Dodgers manager Walter Alston then sent up pinch-hitter Dale Mitchell to bat for Maglie. Incredibly, Larsen fanned Mitchell — his only strikeout in 29 career World Series at-bats. For his career, Mitchell struck out just once per 33.48 times at bat, making him the 14th-hardest batter to strike out in the game’s history.

After retiring Mitchell, Larsen walked off the mound and into the arms of catcher Yogi Berra, who jumped onto his pitcher with joyful abandon. The Yankees went on to win the World Series in seven games, capturing their seventh title in 10 seasons. Larsen pitched 10 more seasons, never winning more than 10 games in a year but posting three more World Series victories. It was his first Series victory, however, that immortalized Don Larsen.

The National Baseball Hall of Fame and Museum has several items from Larsen’s perfect game in its collection, including autographed baseballs used in the game, tickets, photos and Berra’s catcher’s mitt.