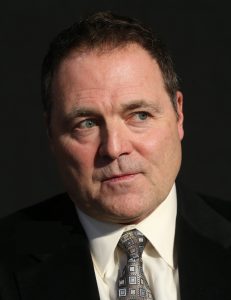 Dick Schofield will never be confused with one of the best hitters in Major League Baseball. Like his father, Dick “Ducky’ Schofield, Dick’s glove-work managed to him in the majors for 14 seasons. But one swing of Schofield’s bat, will forever etch him in the annals of California Angels lore.

ally left the “Halos” behind 12-9, when Schofield, who led off the inning with an infield single, came to the plate with two outs and the bases loaded. After falling behind in the count, Schofield belted a two-strike grand-slam to give the Angels an improbable 13-12 victory – a game still called the greatest comeback in Halos’ history.

A light-hitting shortstop whose glove and range were superb, Schofield amassed 989 major league hits and a .230 lifetime average. He played for the Angels, New York Mets, Toronto Blue Jays and Los Angeles Dodgers during his 14-year MLB career. He was on the 1993 Toronto team that won the World Series.

Schofield signed with the Angels in 1981, saying he always wanted to follow in his father’s footsteps and be a ballplayer. “What helped me was being around my Dad,” he said. “I remember the Cardinal clubhouse. You had Lou Brock, Orlando Cepeda, Tim McCarver, Bob Gibson. It was all I knew. I expected to make it.”

He was 20 years old when the Angels brought him up to the big leagues in September 1983. Some 14 years later, he retired.