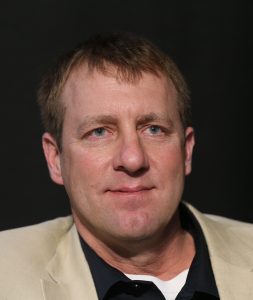 Darrin Plab was a highly decorated high jumper in track and field.

While at Mascoutah High School, he won seven Mississippi Valley Conference titles in the high jump, long jump and triple jump. He was a sectional champion three times in the high jump and triple jump. He went on to become a 2-time All-State selection when in 1988, he jumped 7-2 ¼ ( the highest of any high school athlete in the country that year), and in 1989, when he jumped 7-2 ½, which continued to lead the country. In both 1988 and 1989, Plab was named a high school All-American.

In 1988, Darrin captured gold in the Junior Olympic National High Jump Championships. In 1989, he was named the Illinois Male Track Athlete of the Year. Darrin received a scholarship to Southern Illinois University-Carbondale where he was a 4-time All-American. In 1991, Darrin won the NCAA Division I national high jump championship with a leap of 7-6 ½ and followed that up as repeat national champion in 1992 with a leap of 7-8 .

After winning two national titles, Darrin went on compete in the 1992 Olympic Trials where he jumped 7-8 ½ to qualify for the Olympic Games in Barcelona, Spain. He took a 17th place finish at the Games. After the Olympics, Darrin competed internationally for the next two years before he retired.

He still holds the the high jump record at Mascoutah High and at Southern Illinois University. He has been inducted into the halls of fame at both schools.