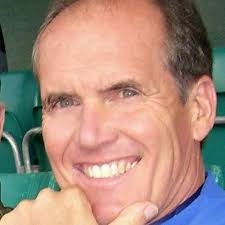 A powerful case can be made that when Craig Virgin’s accomplishments on the track, in cross-country and in road racing are combined, he stands alone as the top distance runner in U.S. history. A farmboy from Lebanon, Ill., Virgin was a member of three U.S. Olympic teams, in 1976, 1980 and 1984. In 1980, with 25,000 spectators lining the course in Paris, he became the first American male to win the World Cross-Country Championship in the 77-year history of the event. He beat a field of 190 runners from 30 nations. He swept across the finish line, hands raised, flashing two V’s, one for victory, the other for Virgin. He repeated his win in 1981 in Madrid, Spain.

Still, no American athlete was victimized more than Virgin by President Jimmy Carter’s imposed U.S. boycott of the 1980 Moscow Olympics. Virgin’s 10,000 meter time that year was not only the second fastest in history, it also was 13 seconds faster than the winning time in Moscow. Virgin did all this with a right kidney that functioned at 25 percent.

When, in the fullness of time, Virgin reflects on his life it is with the eerie realization that on several 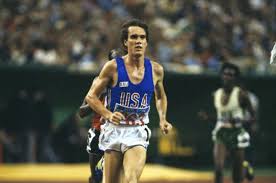 occasions he’s escaped a brush with death. He was 5 when physicians discovered a congenital defect in his kidney. Surgery was performed, but six months later Virgin’s left kidney showed similar signs of destruction. Doctors told his parents there was a chance he wouldn’t live past age 16. He underwent more surgery when he was 13. Football was out of the question, so he ran. Acclaim came quickly. When he was a senior at Lebanon, he broke the national high school two-mile track record with a deteriorating right kidney as an obstacle. His was a sinewy will – “just plain stubbornness,” says his mother. He willed himself in races into outer reaches that most people can’t imagine or touch.

Virgin retired from competitive running in 1992. Before he quit, though, he enjoyed a string of amazing successes in road races. Among the highlights was a second place in the 1981 Boston Marathon.

In 1994, on Good Friday, the defective kidney was surgically removed. It was 10 times its usual size. He was 38 years old. In his brilliant career he rarely lost, but at 6:20 p.m. on Jan. 29, 1997, he came close. His Nisson 240 SX collided with a car going the wrong way on I-64 near the 25th street exit in East St. Louis. The cars slammed head-on with an estimated combined speed of 120 miles an hour. Miraculously, he never lost consciousness. His car had no airbag. His seatbelt may have saved him. Both ankles were shattered. “I dodged a big bullet,” Virgin said. “I told myself after that I can handle anything more God gives me. I’m alive. I’m going to walk. . .and run again.”

In December, Virgin will be inducted into the USA National Track & Field Hall of Fame during the USA Track & Field national convention to be held in St. Louis. “I’m proud to join so many of my heroes in the Hall of Fame,” he said.