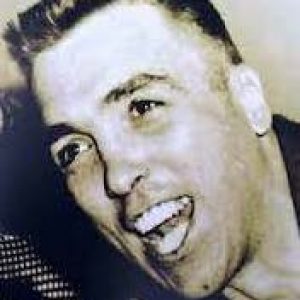 It was November 5, 1955, in downtown St. Louis at the picturesque Kiel Auditorium. A curious crowd of 7,452 had assembled to witness the first game of the city’s new sports pro franchise, the St. Louis Hawks. The opponent was the Minneapolis Lakers, a team of stars. I was privileged to be in the stands to see it all thanks to my late father.

I couldn’t imagine a sport where teams scored 100 or more points because I had never seen pro basketball. There was no TV coverage in those days. I have never forgotten the setting. The only lighting during the game was the candles hanging over the court, it made for a theater type look.

It was time for the opening tip and who would be the first St. Louis Hawk to touch the basketball? Our towering center, 6’11” Charlie or just “Chuck” Share, an original Hawk who came with the team from Milwaukee. He was a tenacious defender, hook shot artist, rebounder and a force in the middle.

Share would average 8.3 points per game for his career and in those NBA Finals seasons from 1955-1958 he average 13.6, 10.3 and 11 per game. Shooting was not his principal job on the court. He made points for the team by setting massive screens to free up the high scoring Hall of Fame duo of “Big Blue” Bob Pettit and “Little Abner” Cliff Hagan. It became the best front-line in the NBA.

Share’s name was associated with big and unique moments throughout his illustrious career. How about this fact? Share was the very first NBA player EVER drafted (1949)! He was an AP, UPI All-American at Bowling Green State U. for one season and then drafted by Boston, but never played before being traded to the Ft. Wayne Pistons and then to the Hawks. 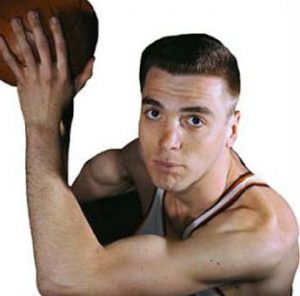 Another unique moment for Charlie was when the Milwaukee Hawks, the NBA’s worst team in the eight team league, were guinea pigs in a regular season game. It came against the Minneapolis Lakers and their tall superstar center George Mikean. The game was played with experimental 12-foot baskets instead of 10 feet with a widened lane, both done to take the advantages away from the tall players. “It was a joke to watch and play,” Share recalled. “The big men still scored and the little guys couldn’t get the ball high or make a layup! It was dumped.”

Another “first” that Share and his Hawks played in was a doubleheader night with the same teams in both games! The scores were low and Share laughed, “By the start of the second quarter in the second game, both teams were walking instead of running down the court!”

Of course, the climax to his shiny career was winning the NBA Championship on April 12, 1958, against the feared Boston Celtics who had edged the Hawks out in the previous season. It was Game 6 and another great moment for Share. The 110-109 title victory was the making of an NBA playoff record that still stands today. Pettit scored 50 points – 19 of the Hawks’ final 21. The 50 points has never been exceeded in a championship deciding game. For big Charlie it was the proudest day of his basketball life. After all, he was the captain of the NBA Champs!

Share never left St. Louis, raising his children here. Charlie started and ran his own company here for many years. His wife, Rose Share, was the most important person in the life of this intelligent, dependable, humble and gentle giant of St. Louis sports history.