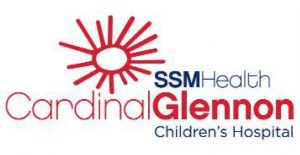 Since 2013, U.S News & World Report has recognized Cardinal Glennon as a Best Pediatric Hospital. A teaching hospital, Cardinal Glennon is staffed by SLUCare physicians. These type of advancements are made possible by programs such as Homers for Health and K’s for Kids; a fan engaging home run pledge and strikeout program led by the St. Louis Cardinals left fielder Matt Holliday and his wife Leslee, a member of the Cardinal Glennon Board of Governors.

In just three years, Homer’s for Health has raised more than $1.7 million for the hospital. In 2015, co-chairs Matt Holliday, Matt Adams, Matt Carpenter, Adam Wainwright and Trevor pledge from every state in the nation and are committed to making it a million dollar year. Fans can make a pledge at glennon.org/h4h. For more information, visit us at cardinalglennon.com or find us at facebook.com/cardinalglennon or on Twitter @cardinalglennon.