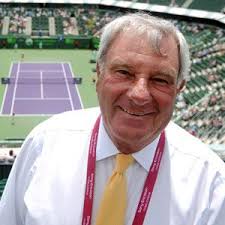 Whether in a boardroom or on a tennis court, Earl “Butch” Buchholz Jr. has always been active in a sport he loves and knows well. An orginal member of Lamar Hunt’s Handsome Eight, Buchholz, Jr.,  was one of the game’s top players in the late-1950s and early-1960s. In addition, Buchholz became one of the top administrators in tennis, helping to found several tournaments and associations.

Buchholz’s contributions to tennis were recognized in 2005 with his induction into the International Tennis Hall of Fame in Newport, Rhode Island. He was enshrined as a “Contributor.” As Chairman of the Sony Ericsson Open, Buchholz has dedicated much of his life’s work to this tournament – which became a reality in 1985 after he first conceptualized the idea while still a touring pro. Today, with over $6.9 million in prize money, equal prize money for men and women, and all the top players competing, the Sony Ericsson Open is surpassed in stature only by the four Grand Slams.

Buchholz played as a touring professional player from 1961-1967. He won the U.S. Pro Championship in 1962, beating Pancho Segura in the finals. Since retiring as a player, Buchholz has served tennis in many professional and administrative capacities. He was the commissioner of World Team Tennis from 1977-1978, an executive director of the Association of Tennis Professionals from 1981-1982, and member of the men’s pro council from 1981-1983. In 1985, Buchholz founded t 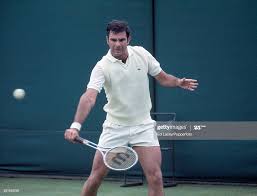 he Lipton International Players Championships (now known as the Miami Masters), which is a leading event on both the men’s and women’s tours.

Active in tennis since his youth, Buchholz played his first tournament at age six and won his initial title a year later. He became the first player to win junior titles at the Australian Open (1959) and French Open (1958), Wimbledon (1958) and the U.S. Junior Championships (1958). Ranked fifth in the world in 1960, Buchholz entered the professional ranks with Jack Kramer’s worldwide circuit. A member of three U.S. Davis Cup teams from 1958-60, he won 22 professional tournament events and was one of Lamar Hunt’s famous “Handsome Eight” of World Championship Tennis (WCT). He retired at the age of 29 after injury ended his 10-year professional career, but the same spirit that drove him as an intense competitor inspired him to develop and grow in the business of tennis. His credentials include tournament promoter, network television commentator, owner/operator of tennis clubs, and U.S. Junior Davis Cup Tennis Team captain in 1970.

A founding member of the first men’s players association in 1963, Buchholz has served tennis in many capacities. He directed tournaments in his hometown of St. Louis (1964-1968), where he was a product of the public parks system (his father was a public park tennis instructor), directed WCT events (1969-78), directed a Virginia Slims event in 1972, was Commissioner of World Team Tennis (1977-78) and served as Executive Director of the ATP and as a member of the men’s pro council – the governing body of men’s pro tennis (1981-83). While running the ATP, Buchholz was responsible for establishing the framework for the first pension fund for men’s professional tennis players, still in existence today. Butch expanded his realm in the tennis world in 1997 by acquiring the Pilot Pen International nation’s youth.