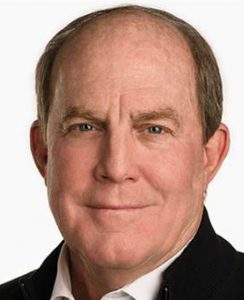 The title of longest-running U.S. soccer broadcaster belongs to Bill McDermott. With the retirement of the Seamus Malin, McDermott, now in his 43rd year behind the microphone, has been broadcasting soccer longer than any U.S. announcer. Currently “Mr. Soccer” provides color analysis for Saint Louis FC on KTRS Radio and reported on the month-long World Cup in Brazil in 2014 for KMOX Radio. He also has been the play-by-play voice for all the international friendlies that have been at Busch Stadium and the Edward Jones Dome since 2013.

After playing soccer, McDermott began reporting on the sport in 1970 when he attended the FIFA World Cup in Mexico and provided reports for KMOX. In 1972, he began announcing games in the North American Soccer League, providing color analysis for St. Louis Stars away games on KPLR-TV.

Soccer aside, McDermott has long been involved with Cardinal Glennon Children’s Medical Center since his twins Mary and Colleen were cared for at the hospital after being born 2 months prematurely in 1984. Bill and his family continue their association by hosting a yearly fundraiser – the Mary McDermott 3rd Grade Basketball Tournament, which honors his daughter, who passed away in 2008. The event raises funds to support the hospital’s Pediatric Hybrid Cardiac Catheterization Suite that enables a cardiac interventionalist to work side by side with a cardiac surgeon to diagnose and fix a heart problem in one procedure. The 2015 tournament raised over $31,000 bringing the total raised in Mary’s memory to more than $227,000 over the past six years.

“We are committed to keeping Mary’s memory alive and to supporting Cardinal Glennon because of the great care she received there”, McDermott said.