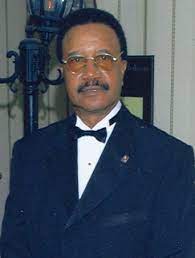 The 1980s proved to be a memorable time for high school basketball in Illinois. For Bennie Lewis and the East St. Louis Lincoln Tigers, it was the best of times. The Tigers turned Champaign’s Assembly Hall, the site for the boys’ two-class state finals, into the Land of Lincoln.

Lincoln captured four large-school state championships in eight seasons, snaring titles in 1982 and then an unprecedented three-peat from 1987-89. The architect of that successful run was Lewis, an East St. Louis native and coach extraordinaire.  He is considered one of the top 100 Legends of Illinois high school basketball, was voted Coach of the Century in 2000 by the Chicago Tribune and is of the newest members of the St. Louis Sports Hall of Fame.

The starry statistics tell the story: Lewis compiled an impressive 519-191 record during his 27 years coaching the Lincoln Tigers, where he played before coaching them to new heights of success. In addition to those four state titles, Lewis guided to a third-place finish in the 1990 state finals.

Then he switched over to rival East St. Louis Senior after Lincoln closed in the late 1990s. And Lewis retained his winning touch in guiding the Flyers. Lewis coached them for three seasons, from 1997-2000, and strung together a 62-33 record, including a third-place finish in 2000. He retired in 2001 and then joined forces with his family, including sons Ricky and Bennie Jr. and daughter Carla, in developing SPORTS-Prep NBA.

Overall, Lewis coached East St. Louis teams to nine Sweet Sixteen appearances, whether it was in Champaign or Peoria. “The guys I had followed instructions,” Lewis said. “They worked hard, did what they are supposed to do, practiced hard and played well as a team.” 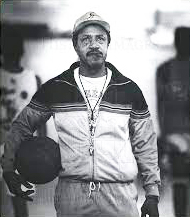 Yet there’s more to Lewis, a graduate of Langston, Okla. University, than just outstanding coaching. He always wanted his players to be quality individuals, succeeding on and off the floor. “If we needed anything, he would help us,” former player Vincent Jackson said of Lewis. Jackson hit the winning shot in the 1989 state championship game that lifted Lincoln over Peoria Central in a triple overtime thriller.

“We had pretty good players, pretty good shooters and a bunch of guys who loved to play as a team,” Lewis said. “They played together and wanted to win.”

He made community involvement a big part of his life. “We would take groups of youths to sports camps, work with them in after-school and summer youth programs, buy uniforms, and contribute to various charities,” he said.

He learned life’s lessons growing up on Sixth Street in East St. Louis. He credits his wife, Rowena, “for continuing to encourage me” and legendary Lincoln coach Earl “Tree” Harris for inspiring him. “He believed in me,” Lewis said of Coach Harris. “We played a 2-3 zone defense in high school and that’s what we played when I coached.” Before playing college basketball, Lewis starred for Harris as a three-year starter. He was a senior on the 1956-57 Lincoln team that finished 27-1 and won 27 consecutive games.

Following in Harris’ footsteps wasn’t an easy journey, but starting in 1971, Lewis carved out his own path and left an indelible footprint on high school basketball statewide. The 1971-72 team went 24-4 and reached the Edwardsville Sectional final. By 1979-80, the Tigers qualified for the Sweet 16 in finishing 26-2. That was just the prelude to their enormous success in the 80s. The 1981-82 team defeated Chicago Mendel 56-50 in the state championship game and finished 29-1. The 1986-87 squad downed Chicago King 79-62 in the state finals and also wound up 29-1. The 1986-87 Tigers went 29-4, including a 60-52 state title victory over St. Francis de Sales.  And a year later, the Tigers concluded their three-peat, the first in state history, with the two-point win over Peoria Central. The Tigers finished 29-4.

Peoria Manual would go on to win a record four state consecutive state titles (1994-97), but Lincoln and Lewis had established the template. “We had a system we used where the guys had to do a lot of running in the gym,” Lewis said. “They loved the game and loved to play it.”