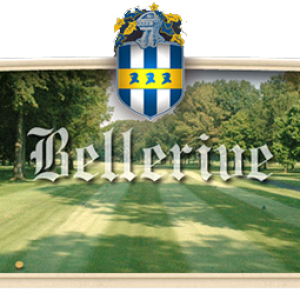 The history of Bellerive Country Club is a story with two themes .. .its development as both a first­ class country club and also as the home to some of the most important championships in professional and amateur golf history. However, before Bellerive became the go-to course for the best in the world, it first had to find its footing as a club.

Bellerive began as a humble nine-hole “field course” in 1897, eventually becoming the St. Louis Field Club. Across the country, several clubs were founded as “Field Clubs.” The term referred to the types of activities that were intended to be offered, such as golf, tennis, rac­quetball, horseback riding, skeet, baseball, and other outdoor sports. As a sport, golf was in its infancy in St. Louis. The only other club offering golf at the time was St. Louis Country Club, founded in 1892.

Within ten years, another 10 clu 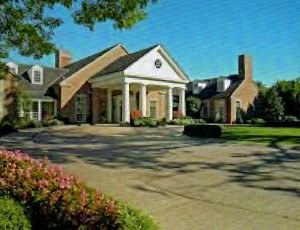 bs would be founded by golf enthusiasts. Unfortunately, none of the clubs founded in this time period are part of today’s land­ scape. Those clubs that survived moved to more desir­able locations and built new courses, the Field Club included. It was a time for growth and the members who founded the Field Club were up to the challenge.

Westward migration played a huge role in the first move for Bellerive. After the 1904 Olympic Games, held in Forest Park, it was clear that the country was expanding westward. With that in mind, the Field Club’s leaders sought out land for a more ambitious project and decided to move to an area in Normandy. The members put up $500 each for the new club and were able to secure 150 acres. With that money, they were able to build a grand clubhouse, richly appointed with marble showers, over 20 bedrooms and employee quarters. Bellerive officially opened in 1910 and for 50 wondrous years, members were able to enjoy the opulent facili­ties. However, due to the ever-changing demographics of the time, another relocation was coming, this one to the current location in Creve Coeur.

On Memorial Day, 1960, the first official shots were played at the newly built Bellerive. Doing the honors were the club president, club vice-president, golf chair­man, and the course designer, Robert Trent Jones. At over 7,400 yards, Bellerive was one of only a few cours­es in the country that played at that yardage. Given the equipment of the time, the course was very difficult for the members. Bellerive was dubbed “the Green Monster of Ladue Road,” an homage to Mr. Jones’ work.

Following the move to its current home in Creve Coeur, Bellerive became a fixture for the biggest golf even 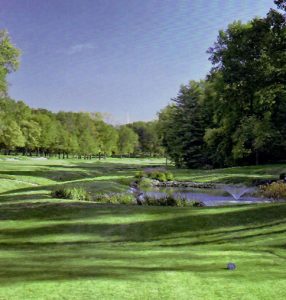 ts in the world, beginning with the 1965 U.S. Open. The course proved to be a monumental challenge to the players as not one player in the field finished at par or better. South African Gary Player defeated Australian Kel Nagle in an 18-hole playoff for the championship. An interesting note about the event was how Bellerive was even selected to host the Open. The mayor of St. Louis, unaware of the selection process for awarding venues, approached Hord Hardin, then a key USGA executive and member of Bellerive, and asked if the event could be held in ’65 to coincide with the bicentennial celebration in St. Louis. After being told how the process works and that San Francisco’s Olympic Club had been awarded the tournament, the mayor actually called his counterpart in San Francisco and asked if Bellerive could host the event. With that, Mr. Hardin approached the USGA and an agreement was worked out with Bellerive hosting the ’65 Open and the Olympic Club the ’66 Open. Having just opened at its Creve Coeur location five years prior, Bellerive became the youngest course to ever host an Open.

After proving itself a worthy host at the Open, Bellerive staged one of the most important ama­teur events in golf, the U.S. Mid-Amateur. Local player and Walker Cup member Jim Holtgrieve was instrumental in getting the event to come to Bellerive and, as fate would have it, Mr. Holtgrieve won the event, defeating Bob Lewis of Warren, OH. Once again, Bellerive provided a stern test to the 150 entrants and continued to entrench itself as the go-to venue for championship golf in the midwest.

In 1992, the PGA of America and Bellerive hosted the PGA Championship. Some 150 of the best national and international players, includ­ing PGA professionals from around the country, took aim at the Wannamaker Trophy. Bellerive proved itself up to the task as a test of championship golf as only eight play­ers finished the week under par. Nick Price played 4 rounds of steady golf to win the tournament by 3 strokes over John Cook, Nick Faldo, Jim Gallagher, Jr., and Gene Sauers. Price was the only player in the field to play all 4 rounds under par and that consis­tency proved too tough for the field. The tournament set records for program revenue, hospitality tents, ticket sales and sponsorship, again proving that Bellerive was not only a championship golf course, but a first rate business partner for the PGA of America.

The 2001 World Golf Championship was scheduled to be played at Bellerive in September. However, the tragedy of Sept. 11, 2001, caused the tournament to be cancelled. Despite the disappointment, the community rallied around Bellerive and that support was rewarded with the 2004 U.S. Senior Open Championship. Peter Jacobson bested the field of 155 golfers to win the title. The ’04 event 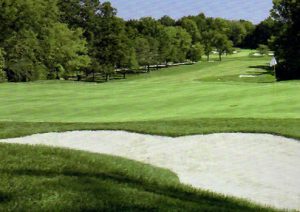 was significant for many reasons; mostly that it proved to be the final Senior Open that Arnold Palmer would play. The event also was special as Gary Player returned to the site of his U.S. Open victory in 1965.

In 2013 Bellerive was again rewarded with the honor of hosting another major professional event, the Senior PGA Championship. Record crowds for the event proved that if you want a community to get behind an event, Bellerive and St. Louis are the right venue for a major golf champi­onship. Despite the challenge of tour veterans Kenny Perry, Jay Haas, and Russ Cochran, unknown Japanese professional Kohki Idoki emerged victorious. With the completion of the championship, Bellerive became only the third club ever to have hosted all of the country’s major rotating championships.

With the success of the Senior PGA, Bellerive was awarded one of the most prestigious events in golf when it was announced that it would host the 100th playing of the PGA Championship in 2018. For over a century, Bellerive and the city of St. Louis has proven itself to be the true home of golf’s major championships.