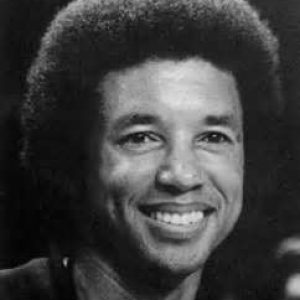 Arthur Ashe was the first African American player to compete in the international sport of tennis at the highest level. His finesse and power allowed him to become the first athlete of his race to win the men’s singles at Wimbledon, the U.S. Open and the Australian Open.

His road to becoming a championship tennis player, however, was marked by its share of adversity, especially when his mother died when he was only six. Ashe’s father, fearful of seeing Arthur and his younger brother, Johnnie, fall into trouble without their mother, became a strict disciplinarian. He made his boys go to church every Sunday, and after school required them to come straight home. About a year after his mother’s death, Arthur discovered tennis. He picked up a racket for the first time at age seven, and eventually caught the attention of Dr. Robert Walter Johnson, Jr., a tennis coach from Lynchburg, Va., who opened his home in the summers to tennis prospects. Under Johnson’s direction, Ashe’s talents grew. In his first tournament, Ashe reached the junior national championships. Driven to excel, he moved to St. Louis to work closely with another coach, winning the junior national title in 1960 and ’61. Ranked fifth among junior players in the country, Ashe accepted a scholarship to UCLA. In 1963, Ashe became the first African American to win the U.S. Men’s Hardcourt championships and the first to be named to a U.S. Junior Davis Cup team. He became the National College Athletic Association (NCAA) singles and doubles champion, leading UCLA to the NCAA title in 1965.

After graduating with a bachelor’s degree in business administration, Ashe served in the army for two years, during which he was assigned time for tennis competitions.

In 1968 Ashe created a tennis program for U.S. inner cities. He became the United States Lawn Tennis Association amateur champion and won the first U.S. Open Tennis Championship at Forest Hills. The USLTA ranked him co-No. 1 with Rod Laver. He became a top money winner after turning professional in 1969. In 1972 he helped found the Association of Tennis Professionals (ATP).

In 1973 Ashe became the first African American to reach the South African Open finals held in Johannesburg, South Africa, and he and Tom Okker of the Netherlands won the doubles title. Ashe’s best and most consistent season came in 1975. He was the first and only African American player to win the men’s singles title at Wimbledon, beating the defending champion Jimmy Connors. Ashe was ranked No. 1 in the world and was named ATP Player of the Year.

Ashe almost defeated John McEnroe in the Masters final in New York in January 1979, and was a semifinalist at Wimbledon that summer before a heart attack soon after the tournament ended his career. After heart surgery, Ashe announced his retirement from competitive tennis. Ashe then subsequently served as captain of the U.S. Davis Cup team and led it to consecutive victories (1981-82). Ashe received media attention for his Davis Cup campaigns, his protests against apartheid in South Africa, and his call for higher educational standards for all athletes. But he spent most of his time dealing quietly with the “real world” through public speaking, teaching, writing, business, and public service. Ashe helped develop the ABC Cities program, combining tennis and academics.

After heart surgery in 1983, Ashe became national campaign chairman for the American Heart Association and the only nonmedical member of the National Heart, Lung, and Blood Advisory Council. After Ashe underwent brain surgery in 1988, it was discovered he had been infected with the human immuno-deficiency virus (HIV). Doctors traced the infection back to a blood transfusion Ashe received after his second heart operation in 1983. After going public with the news in 1992, Ashe established the Arthur Ashe Foundation for the Defeat of AIDS to provide treatment to AIDS patients and to promote AIDS research. He addressed the General Assembly of the United Nations on World AIDS Day.

(Excerpts from the Encyclopedia of World Biography)