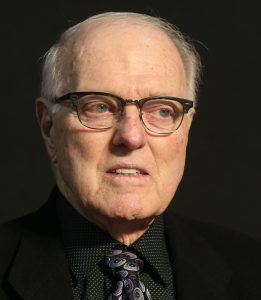 Dick “Ducky” Schofield will forever be associated with St. Louis fans as a utility infielder for the Cardinals from 1953 through 1958. His glove work was his main calling card, and enabled him to play 19 seasons in the Major Leagues.

He signed with with the Cardinals out of high school as a “bonus baby” in June 1953. MLB rules at that time required that “bonus babies” be kept on the major league roster for their first two years or their team risked losing them in the draft if they sent them to the minors.

The spunky shortstop had perhaps his finest, and probably most surprising, performance with the 1960 Pittsburgh Pirates. The Cardinals traded Schofield to the Pirates during the 1958 season. Ducky was also used mostly in a utility role behind the Pirates’ Dick Groat. Groat, however, suffered a broken wrist in September 1960 (subsequently winning the NL batting title and MVP honors that season). All he did as Groat’s replacement was hit .403 through the end of the season to help the Pirates clinch the N.L. pennant. Schofield earned a World Series ring when the Pirates beat the New York Yankees in the Series.

Schofield is actually one of four generations of a family that played pro ball. His father, John, played in the minors. He is the father of Dick Schofield, Jr. who played 14 years in the majors and is the grandfather of Jayson Werth. Ducky, Dick, and Jayson all played for the Los Angeles Dodgers at one point in their respective careers.

He also is the father of Kim Schofield Werth, who competed in the U.S. Olympic Trials in the long jump and 100 meters.