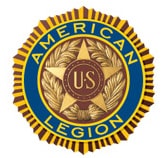 They had been to the playoffs winning the 10th District three straight seasons before advancing to the finals. They defeated Hazelwood and Wentzville in the Interdistricts to reach the Missouri State tournament. Ballwin reached their goal of winning Missouri for the first time, and then won the Eastern Plains Regional Tournament in Hastings, Neb., to advance to the World Series in Memphis, Tenn. 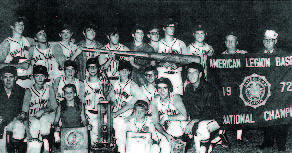 The final road was not easy. Ballwin was shut out in the opening game of the World Series, so they had to come back from the loser’s bracket. The turning point might have been the win in Game 4 over the same Findlay, Ohio, club that had shut them out in Game 1. Ballwin would have to win three games in one day to win the title, while unbeaten Memphis needed only one win! The championship game was a thriller, with Ballwin edging Memphis, 3-2, to earn the title.

Ballwin’s pitching star, Mike Murphy, was the National Tournament’s Most Valuable Player and the Legion National Player of the Year. Five more player made the ll-Tournament Team. They ended the season record woth a sizzling 45-8 record. The team was managed by Billy Bullock, who heading a seasoned coaching staff.

The dream season climaxed with a trip to Major League Baseball’s World Series, being introduced on the field before the Cincinnati Reds-Oakland A’s game.