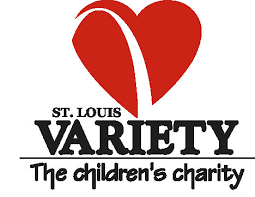 Variety the Children’s Charity has been a pillar with special needs, for more than 80 years. The organization cherishes its relationships with corporations, organizations, and individuals that allow it to build on a rich history and continues to be a group the community can count on.

Variety has evolved over the years, but the passion has remained the same. St Louis’ Variety Club, as it was called then, took on children and all their needs, as their cause from the beginning; in the 1930’s they helped underprivileged children with camps working in conjunction with the Juvenile Court.

The group honored George Washington Carver with the 1940 Variety International Humanitarian Award. Variety was a pioneer at the time – awarding an African-American during a time of racial turmoil.

The Variety Women organization was founded in 1959 as a women’s auxiliary, and has since raised more than $2.5 million for Variety’s children through its tribute fund and other special events.

The organization’s first telethon, a 20-hour program in 1965 hosted by actor Michael Landon from Bonanza, raised $176,319. By the end of the 1960s Pat Boone was hosting and the campaign was called, “Crusade for Forgotten Children”.

In 1984, Sammy Davis Jr. began his six-year run headlining the St. Louis Variety Club Telethon, attracting other stars like Liza Minelli, Billy Crystal and Angie Dickenson. To this day, St. Louis continues to host its Dinner with the Stars gala with performers such as Lionel Richie headlining the shows.