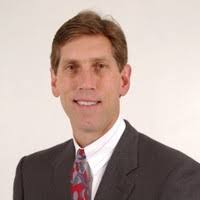 The most heralded big man in the history of University of Missouri basketball, the man known as “Stipo” changed the face of Big Eight Conference hoops during his four-year career. Playing on teams that won four consecutive conference cham­pionships from 1979-83, and twice reached the final 16 of the NCAA Tournament, the seven-foot center from DeSmet High School finished his career as Mizzou’s second-leading scorer (1,836 points) and all-time lead­ing rebounder (984).

Stipanovich began his career at Missouri by win­ning Big Eight Newcomer of the Year honors , and ended it as the league’s Player of the Year. He also earned All-America and Academic All-America honors as a senior, when he averaged 18.4 points for Mizzou. He twice was named to the all-conference, all-district and all-Big Eight Tournament teams. Stipanovich was the second player taken in the 1983 NBA draft and played six seasons for the Indiana Pacers. At the time of his induction to the Mizzou Hall of Fame, he was one of four Tiger basketball players to have his jersey number (40) retired.

Prior to arriving at Mizzou, Stipo was the star cen­ter at DeSmet, a perennial basketball power in St. Louis. He transferred to Desmet after playing his fresh­ man season at Chaminade College Prep. During his three seasons playing varsity for the Spartans, he helped DeSmet capture two Missouri state champi­onships. 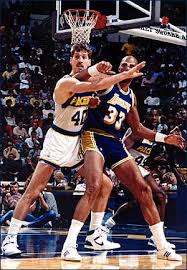 Stipanovich came to the Pacers when the fran­chise lost a coin flip with Houston for the No. 1 pick in the draft. The Rockets chose Sampson. Indiana averaged just 25 victories in Stipanovich’s first three seasons. In 1986, the Pacers hired Jack Ramsay as head coach and things began to change. The Pacers won 41 games and reached the NBA playoffs for just the second time ever that season, which proved to be a major step in the franchise’s climb to NBA promi­nence.

But Stipanovich missed most of the ride. He played just two more seasons before a degen­erative knee disorder cut short his career. The Pacers pursued every possi­ble medical opinion and Stipanovich endured multiple operations, all to no avail. His career ended after five sea­sons with averages of 13.2 points and 7.8 rebounds.

Though Stipanovich remains a fan of the Pacers and the NBA, his old-school mindset doesn’t jive well with the present state of the game. The NBA has changed dramatically in the 12 years since he retired and it has evolved away from the game he once knew. One example: the salary cap in his final season was roughly $6 million per team. Numerous players will earn at least that much now.

“It’s a lot different animal than when I was play­ing,” he said. “Obviously, the economy is different. I think in the ’80s, it was a great time to be in the NBA. I might be prejudiced because I’m more familiar with those types of teams and the players back then, like the Celtics, the Lakers, the Sixers early on, then Detroit at the end of the ’80s and early ’90s, then Chicago coming on strong in the early ’90s.

“The players were big, they were good and there was a lot of teamwork. I’m just old-fashioned. When I played, the socks were high and the shorts were short. I’m not saying it was better, but it was definitely different.” Stipanovich also can’t remember ever playing with a teammate who had a tattoo, which is now common in the NBA..

“When I think of the NBA, I think of (Larry) Bird, (Kevin) McHale, (Robert) Parish, James Worthy and (Kareem) Abdul­ Jabbar…the guys that were classics. There’s great bas­ketball being played and I still enjoy watching it and following it, but it’s just a different attitude, I guess.”