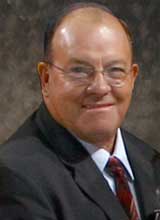 Scotty Bowman is a living legend in the world of professional sports. A larger-than-life figure, Bowman has shattered nearly every coaching record in the NHL. He started coaching with the Ottawa Junior Canadiens in the Quebec Junior Hockey League in 1956. Two years later, his team won the Memorial Cup. Soon thereafter, he was coaching with the Peterborough Petes, the Montreal Canadiens’ junior farm team. However, noticing his coaching skills, the Blues’ management plucked him off and made him an assistant coach to Lynn Patrick in 1967 for the expansion Blue Note. And his path to greatness could be attributed to the Blues because soon after Bowman was hired, Patrick resigned because of the team’s slow start. And voila! At the age of 34, Bowman became head coach of the Blues.

Almost immediately, the Blues caught fire under his direction. They made it to the Stanley Cup finals in their first three years of existence – only to lose the finale each time. Bowman coached in St. Louis until the end of the 1970–71 season, but left due to a dispute with team ownership and was hired by the Montreal Canadiens as their head coach. It was behind the Habs’ bench where Bowman would learn what it took to build a champion. A brilliant tactician, Bowman outwitted opposing coaches on a nightly basis, keeping them guessing with his every move. Bowman’s attention to detail and relentless coaching style kept his players grounded and focused on what mattered most, winning a Stanley Cup. A master of motivation and mind games, he knew how to get the most out of every player he handled, from superstars to role players.

In eight seasons with Montreal, he guided the team to five Stanley Cups, including four in a row from 1976 through 1979. In doing so he created a Canadiens dynasty that remains one of the greatest in league history. After Montreal lost to the New York Islanders in the 1980 finals, Bowman became general manager and coach of the Buffalo Sabres. Bowman stepped down as coach after one season, but took over again late in the 1981-82 season. He left coaching once more in 1985. Impatient with the team’s progress, Bowman coached the Sabres at the end of the 1985-86 and 1986-87 seasons.

After retiring from hockey for three years, Bowman was named director of player development for the Pittsburgh Penguins in 1990. When coach Bob Johnson developed a brain tumor in 1991, Bowman once again became a coach. Here, again, he molded the multi-talented club into a well-rounded squad that could control play at both ends of the ice. Bowman’s stout leadership helped propel the Penguins to the 1992 Stanley Cup final, where they were crowned champions for the second straight year.

In 1993, Bowman took over the Detroit Red Wings. He guided them to consecutive Stanley Cups in 1997 and 1998. That tied him with Toe Blake, who also coached eight Stanley Cup championship teams. Bowman broke the record by coaching Detroit to the Stanley Cup championship again in 2002. He retired after that season. During the 2002 season, Bowman announced that he would retire from coaching at season’s end, but before he left, his hockey fairy tale would finish with a storybook ending. The Red Wings won the Cup in dominating fashion, defeating the Carolina Hurricanes in five games.

Throughout his career, he made 28 total playoff appearances and won an incredible nine Stanley Cups. In a career that spanned 34 years, Bowman had a 1244-583-314 mark in the regular season and he was 223-130 in the playoffs. He holds NHL records for wins, winning percentage, .654; playoff games coached; and playoff victories. He won the Jack Adams Award as coach of the year in 1977 and 1996. He was named NHL executive of the year in 1980. In 1991, the most decorated coach in the history of the game took his rightful place in the Hockey Hall of Fame.