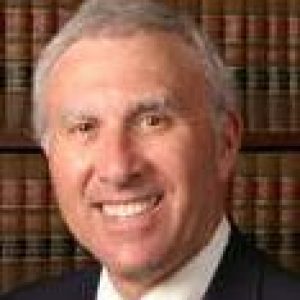 Sandy Pomerantz excelled in basketball at an early age and became an All-America performer by the time he played for University City High School and with Washington University in the late 1950s and early 1960s. He was named to the All-District and All-State teams his junior and senior years at University City. During his senior season with the Indians, the U. City native averaged 32.5 points per game and was selected as a high school All-America by Parade Magazine, as well as other publications. As a reward, Pomerantz was invited, with the other four high school first-team All-Americans, to appear on the Steve Allen television program.

Pomerantz had more than 50 scholarship offers and finally chose to continue his career at the University of Cincinnati. At the time, freshmen couldn’t play varsity ball, but he led the Bearcats freshmen team in scoring. As a sophomore, Cincinnati won the 1961 Missouri Valley Conference Championship and advanced to the Final Four.

Sandy transferred to Washington University in St. Louis for his junior season and was eligible to play the second semester, during which he averaged 25 points per game. Sandy sustained a knee injury prior to his senior season, and sat out the entire year. However, the next year, he was admitted to law school and was able to play on the Bears’ varsity. That year he averaged 22.5 points a game while setting many school records, including most points in a single season (580). He also posted records for most field goals attempted and made, highest scoring average and highest career shooting percentage while leading Washington U. to its first NCAA Tournament berth with an 18-8 mark. He was named the conference MVP that season and also was named a college All-American.

Sandy graduated from the Washington University Law School and currently is an attorney with the firm of Goffstein, Raskas,
Pomerantz, Kraus & Sherman, L.L.C.