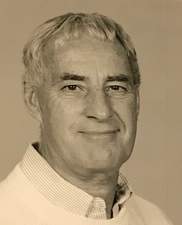 Sorber coached 72 players who earned NJCAA All-America honors. Many of those players went on to four-year institutions and later played professionally in the North American Soccer League, the Major Indoor Soccer League or the National Professional Soccer League.

Sorber was named NJCAA Coach of the Year five times. He is a member of the St. Louis Soccer Hall of Fame, and the halls of fame for the NJCAA and Region XVI. He retired from STLCC in 1997.

Sorber followed another legendary coach, Harry Keough, as coach at Florissant Valley in 1967 and quickly turned the Nor semen program into one of the nation’s leading soccer powerhouses. Sorber was quoted as saying in an interview with the NJCAA Review, “I can’t name just one special player or special team because that would leave out all the others.” That philosophy has proven itself time and time again, as many of his former players have gone on to coach all levels of soccer.

In 2014, the STLCC Florissant Valley Pitch was named for Sorber. But Sorber is just as proud of his son, Mike, who was called the most valuable player for the U.S. in the 1994 World Cup when it was played in the States. Mike was later the assistant coach of the U.S. Men’s National Team and now is the assistant coach with the Philadelphia Union.