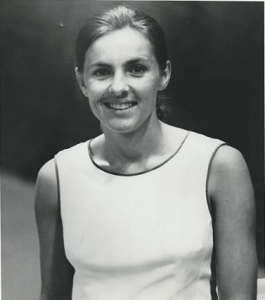 In the 1960s, St. Louis was a hotbed for women’s tennis. Three of the top-10 players in the United States in 1964 lived in St. Louis — Carol Hanks Aucamp, Justina Bricka and Mary Ann Eisel Beattie.

“Back in the day is before indoor tennis clubs were all over,” said Beattie in an interview some seven years ago. “There was one indoor club where we all played all winter long in the armory. They had five indoor courts, and every player out of St. Louis came and played in the armory. Everyone competed against each other, and we all became good friends.

“And there were two great coaches, Earl Buchholz Sr. and Bill Price. Bill Price was my coach, and he coached as a hobby. He never charged any of us a fee. He was the type of coach who never got on the court with you. He’d sit and watch you, and when you came off the court, he did tell you one or two things, and you never forgot those one or two things. It was a neat time.”

But she is best known for her tennis endeavors. Together with Peter Curtis, the pair teamed to win the 1968 U.S. Open Tennis Championship. Born Mary Ann Eisel, she was born and raised in St. Louis, graduating from Ladue High School where she excelled in golf.

She reached the finals of the 1967 women’s doubles U.S. National Championships at Forrest Hills with Donna Floyd, but lost the final against Rosemary Casals and Billie Jean King. In 1968 she won the U.S. Open mixed doubles title with Peter Curtis by defeating Tory Fretz and 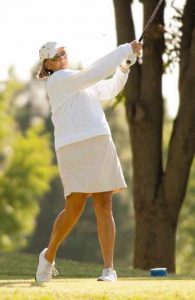 In 1968 and 1970 she played for the US Federation Cup team, reaching the semifinals of the World Group on both occasions, and compiled a record of five wins and four losses. She also represented the United States on the Wightman Cup. In 1974, she was a team member of the Detroit Loves, which won the Central Section Championship in the inaugural season of the newly created World Team Tennis league in the United States. The following year, 1975, she played for the Hawaii Leis.

Beattie also owns one singles victory over Billie Jean King, indoors in the 1967 New England invitational. “Billie Jean did everything for tennis,” Beattie said. “When it started to become open tennis playing for prize money, she could have said I’m going to take seven players and we’re going to go play exhibitions all over and get guarantees. Instead, she said we’re all going to play for prize money. She was the right leader at the right time. (Women’s tennis) would have ended up this way eventually, but she got it going.”