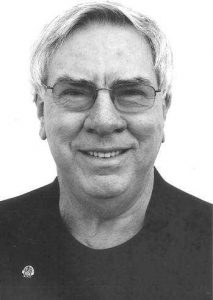 Larry Graham grew up in the small town of Scotland in basketball-crazy Indiana. It was obvious from a very early age that basketball was in his blood and no one was surprised when he went into coaching the game that he loved.

After a few years coaching at small high schools in Indian and Illinois, Larry got his big break when he got the head job at Madison High School in Madison, IL. It was the turning point of his coaching career.

After that, Graham coached for eight seasons at Southern Illinois-Edwardsville, one of his four head coaching jobs at St. Louis area colleges. His team went 147-84 at Edwardsville.

He won over 806 games in high school and college and was named Illinois Class A Coach of the Year in 1977 and 1981. In 2007, he was named one of the “100 Legends of the Illinois High School Basketball tournament.”

Graham had time to reflect on his career. “I am kind of amazed it happened,” said Graham, who said he was a laid-back coach, but was a pretty big crybaby with the referees. “I was just blessed to be in the right place at the right time.

Larry was Inducted into the Indiana Basketball Hall of Fame in 2012 for his accomplishments as a high school basketball player.