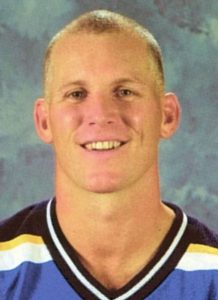 Keith Tkachuk is regarded as one of the greatest US-born players in National Hockey League history. He played nine of his 19 years in the NHL with the St. Louis Blues, also playing with the Winnipeg Jets, Phoenix Coyotes, and Atlanta Thrashers before retiring in 2010.

Tkachuk made his NHL debut at the age of 19 with Winnipeg and was named captain of the Jets by his second season with the team. The Melrose, Mass., native broke the 50-goal barrier in back-to-back seasons (1995-97) in the midst of Winnipeg’s relocation to Phoenix. He recorded a career-high and NHL-leading 52 goals during the 1996-97 campaign with Phoenix, which also marked the first time an American-born player led the NHL in goals.

After 10 years with the Winnipeg/Phoenix organization, Tkachuk was traded to St. Louis. His stay in St. Louis was interrupted by a brief stint with Atlanta late in the 2006-07 campaign. 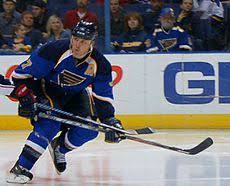 Tkachuk played hockey at Malden Catholic High School in Malden, Mass., and later the one season at Boston University. From 1991 to 1992, he was a member of the United States national junior team.

All the while, Tkachuck was becoming one of the best power-forwards in the league. Tkachuk married his longtime girlfriend Chantel Oster in 1997 and they have three children, Matthew, Braeden (Brady) and Taryn. Matthew has already established himself as a premier player in the NHL after being the sixth overall selection in 2016 by the Calgary Flames. In his brief NHL career, he he already has 37 goals and 60 assists. up 24 goals. Brady had eight goals and 31 points in 40 games with Boston University before making the U.S. National Team for the 2018 World Junior Championships. Near the end of the season, he was selected for the Hockey East Rookie Team after ranking fifth on the team.