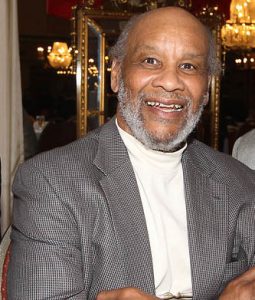 Missouri history is rich in quality ball-carriers – from Harry Ice in the early ’40s to Henry Josie from 2013’s Cotton Bowl championship team. But only two Mizzou running backs have their jerseys retired at Memorial Stadium: Brock Olivo and Johnny Roland. There was no doubt about Roland’s selection, His credentials were just too good to keep off the list.

But if letters-of-intent were binding back in the 1960’s as they are today, Roland wouldn’t have been wearing the Black and Gold. He instead would have ended up at Oklahoma University. After leading his Texas high school team to a 13-1 record and a 4-A state championship, he initially signed with the Sooners before deciding to go on to Ol’ Mizzou. Tiger fans remain grateful he did.

A halfback from Corpus Christi, Texas, Roland lettered at Missouri in 1962, 1964-66 and was an All-Big Eight Conference selection all three years. Roland was the best ofensive weapon on legendary coach Dan Devine’s powerhouse Mizzou teams of the 1960’s and he also excelled at defensive back. In 1965, Roland led the Tigers to an 8-2-1 record and a 20-18 victory over the University of Florida in the 1966 Sugar Bowl. He was named a collegiate All-American.

As the team’s first African-American captain in 1965, Roland was the featured running back and picked off six passes. Devine used him in every conceivable way and he produced wherever he played. He led the team in interceptions while playing defensive back. Following the ’65 season, Roland played in the Senior Bowl, Coaches All-American Game and the College All-Star Game.

It didn’t take Roland long to show Mizzou fans what his future with the Tigers held. In his first varsity game in 1962 Roland rushed for 171 yards and scored three touchdowns. he ended up leading the Big Eight in scoring and led the Tigers in rushing and scoring. Those credentials earned him his first of three All-Big Eight Conference honors. Besides leading his team in 1962, he also led the Tigers in punt returns in 1964-65 and in kickoff returns in 1962 and 1964.

One could say that Roland was the catalyst for the highly successful 1962 and 1965 Tiger football teams. In 1964 Roland displayed his dangerous versatility, playing defensive back, short yardage running back and kick returner on special teams.

He was drafted in the fourth round of the National Footbal League by the St. Louis Cardinals in the 1966 NFL draft, playing with the Big Red from 1966-72. He earned Rookie of the Year honors in 1966 after leading the league in punt return yardage. He finished his playing career with the New York Giants in 1973. Following his playing days, Roland coached at both the collegiate and professional levels.