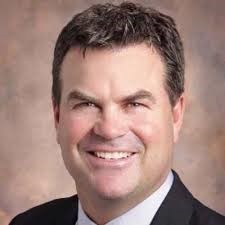 When S. Louis golfer Jay Williamson graduated from Trinity College with a degree in political science, he made a move that charted the course for the rest of his life. Williamson, whose full name is Justin Arch Williamson IV, turned to golf.

Williamson played baseball and hockey at John Burroughs High School. He did not play golf for the Bombers. After graduating from Trinity College in Hartford, Conn., he turned professional in 1990. Williamson recalled he drove to Orlando, Fla., when he was 21 and played in mini tour events right away.

“When I was at Trinity College, majoring in political science, I played soccer and baseball,” Williamson said. Then the day came when I said to myself, ‘How am I going to make a living?’ For me, the answer was golf. And here I am. “I had a dream and I’ve lived that dream.”

And he has. It took him a while to get that dream going, however. He went through the PGA Qualifying School eight times and earned his PGA card five times. That shows how determined Williamson was in his pursuit of playing the sport and maintaining his career. “I persevered a lot in my golf,” Williamson said. 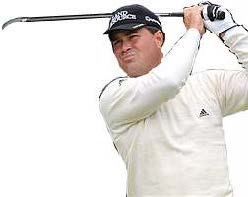 Despite getting a late start in golf, Williamson has done well for himself in the game. Williamson has no PGA Tour victories, although he has finished second twice, both playoff losses – to Hunter Mahan at the 2007 Travelers Championship, and to Kenny Perry at the 2008 John Deere Classic. He won once on the Nationwide Tour (now called Web.com) in claiming the 2007 Fort Smith Classic. Williamson has earned more than $6 million in his professional golf career. Williamson’s best year on the tour was 2007 when he cashed checks for $835,515.

He turned 50 in 2017 and began playing on the Senior Tour. It’s been a good career with more to come for
Williamson. Golf has provided him with a great way to make a living. When looking back, Williamson said he is “most proud” of several things. “I stayed out of trouble,” Williamson said. “I lived a dream. I treated others who made living the dream possible with respect. “I persevered like nobody else.

“With (a) limited background in the sport, I was able to make a living playing professional golf. Unlike others who suggested it couldn’t happen. I fought valiantly to achieve and maintain my place on the PGA Tour for 20 years and I developed great relationships with fellow players, caddies and vendors.”