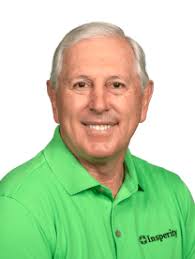 Hale Irwin is one of the few players in the history of professional golf to have won three U.S. Opens. Irwin, one of the world’s leading golfers for much of the 1970s and 1980s, has also enjoyed success as a golf course architect.

Irwin was born in Joplin, Missouri, but was raised in Baxter Springs, Kansas before settling in St. Louis. Irwin graduated from the University of Colorado in 1967, where he was a two-time All-Big Eight defensive back, as well as an academic All-American in football. As a collegiate golfer, he won the individual NCAA Division I Championship in 1967 before turning pro the following year.

Irwin posted 20 victories on the PGA Tour beginning with the 1971 Sea Pines Heritage Classic and finishing with the 1994 MCI Heritage Golf Classic. In his career, Irwin won nearly $6 million in prize money. His 1994 Heritage win at the age of nearly 49 made him one of the oldest winners in PGA Tour history. Irwin also won two Piccadilly World Match Play Championships at Wentworth in the 1970s. His successes consistently ranked him high among his peers. Irwin was among the top five in McCormack’s World Golf Rankings every year between1975 and 1979, inclusive. Irwin also earned top 10 honors in the Official World Golf Rankings for a few weeks during 1991. 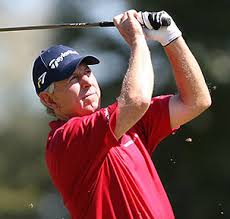 Irwin was known on the tour for his fierce determination to win and his single-minded pursuit of victory. His first and last U.S. Open  titles each produced defining moments. The ’74 Open has come to be known as “The Massacre at Winged Foot” for the incredibly tough conditions and high scores. Irwin survived the conditions by winning with a score of 7-over par after hitting a great 2-iron approach shot to the 18th green. Perhaps Irwin’s most memorable moment came in 1990, when the 45-year-old  took a victory lap around the 18th green and high-fived spectators. That electrifying moment followed Irwin’s 19-hole playoff victory over Mike Donald at the Open.

Irwin started playing golf at age 4 and first broke 70 at age 14. At the University of Colorado, he won the 1967 NCAA Championship. But he was also a two-time All-Big Eight selection at  defensive back for the Buffaloes. Irwin turned pro in 1968 and earned his first PGA Tour win in 1971. In addition to his three U.S. Open wins – he also won in 1979 – Irwin twice won the World Match Play championship. In five Ryder Cup appearances, Irwin compiled a remarkable t 13-5-2 record.

Irwin’s stellar iron play and determined natures helped earn him the reputation as a top player on tough courses and under difficult conditions. His final PGA Tour win came in 1994 at the age of 48. Two years later, he joined the Senior PGA Tour, where he became the most dominant player in that circuit’s history, setting numerous records for tournament victories, scoring and money winnings.
Irwin won at least tournament in each of his first 11 years on the Champions Tour, compiling 44 victories during that time – an all-time record (15 more than second-place Lee Trevino).  In 2005, Irwin went winless for the first time as a Champions Tour member, but he came back strong at age 61 to win the first event of the 2006 season.

When he’s not playing, Irwin spends his time owning and operating a golf course design company. Irwin was inducted into the World Golf Hall of Fame in 1992.