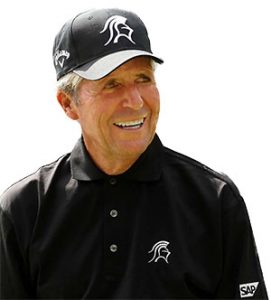 The year was 1965 and Bellerive Country Club was hosting it’s first major USGA golf tournament. And what an event it turned out to be!

Gary Player of South Africa, nicknamed the “Black Knight” because of his habit of wearing black clothing on the golf course, defeated Kel Nagle of Australia in a playoff before a then-Open record crowd of 72,052 at Bellerive – an early barometer of St. Louis’ love for golf.  With the victory, Player became the first foreigner to win the Open Championship since Ted Ray in 1920.

During the final round of the ’65 Open, Player appeared to have a safe lead of three strokes with only three holes to play in the fourth round. Then he went two over par on the par-3 16th hole, just as Nagle birdied the par-5 17th. They parred in to tie as both narrowly missed long putts for birdies on the 18th green. They were tied after 72 holes with totals of 282, two over par. Player then built a five-stroke lead after eight holes of the playoff and breezed home for the championship. His rounds in the Championship proper were 70-70-71-71-282.

At the prize ceremony after the playoff, Player announced that he would return $25,000 of his $26,000 prize to the USGA, asking that $5,000 be earmarked for cancer relief work and that $20,000 to promote junior golf. Player went on to become a legend. The most successful international golfer of all time. 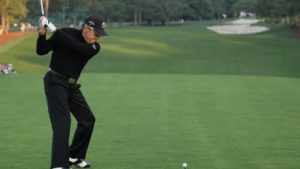 Player turned pro in 1953 and joined the PGA Tour in 1957. His first major championship win came at the 1959 British Open, and he was the first non-American to win The Masters when he did so in 1961. The PGA Championship followed in 1962, and when Player won the 1965 U.S. Open he became, at the time, only the third winner of the career grand slam.

He won nine Grand Slam titles, including the Masters and British Open three times each. He is recognized worldwide as an uncompromising perfectionist. His impeccable set of values, stringent regimen of health and fitness, and insistence on quality, earned him admiration the world over.

He is also a renowned golf course architect with more than 325 design projects throughout the world. Black Knight International, the company founded by his son Marc Player, includes Gary Player Design, Player Real Estate, Gary Player Enterprises and The Player Foundation. The company has also been trademarked The World’s Most Traveled Athlete™, but when Player is not traveling on business or playing on the Champions Tour, he spends time on his ranch in South Africa. The Gary Player Stud Farm has received worldwide acclaim for breeding over 2,000 top thoroughbred race horses.

Now celebrating its 32nd anniversary, The Player Foundation built the Blair Atholl Schools in Johannesburg, South Africa, which has educational facilities for over 500 students from kindergarten through grade eight. The foundation has since expanded its efforts, raising funds for impoverished children through four Gary Player Invitational events – in Europe, China, the USA and South Africa. Over S.50 million has been raised in 30 years and counting.

Player was named South African Sportsman of the Century in 2000; was a thee-time Presdent’s Cup captain and was the first international recipient of the PGA Tour’s Lifetime Achievement Award. He was selected to the World Golf Hall of Fame in 1974.