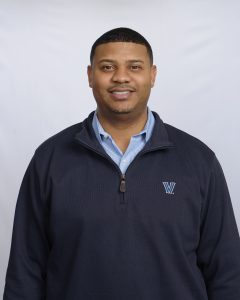 Valley Park’s Gary Buchanan went on to become a solid double-digit scorer for all four seasons he played at Villanova University. Gary, a three-time All-State performer, still holds all the scoring records at Valley Park (2330 points) and is still the No. 2 all time NCAA D1 free throw record holder while playing at Nova.

His 73 consecutive free throws eclipsed the previous Division I consecutive free-throw record of 64 by Joe Dykstra that had stood for two decades. But his mark lasted only 23 months when Butler’s Darnell Archery toppled his record. Du 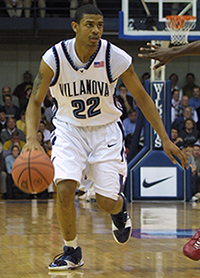 ring his sophomore season at Villanova, in fact, Buchanan, made an astounding 97 of 103 charity tosses – a .942 percentage to lead the nation. What was his secret to his success at the line? “I take three dribbles while looking at the floor, and I don’t look at the rim until the last second,” he said in a Sports Illustrated interview. “I follow through and picture the ball going through the net.”

But it wasn’t only at the free throw line that he excelled. The 6-foot-4 Buchanan led the Wildcats in scoring his final two seasons with the team, His junior year was his best, ranking near the top of the Big East scoring with a 17.8 average.

Buchanan made the ACC All-Rookie Team in 1999-2000 and was an ACC honorable mention in 2002 and 2003. Buchanan’s name is firmly etched in the Villanova record book. In addition to his free-throw shooting prowess, Buchanan also owns the Wildcats’ three-point shooting record with 337 during his career.

Follwing his brilliant four years at Villanova, he played internationally for BC Odessa in the Ukranian Basketball Super League, then with Argentina, Hungary and Holland. Gary then chose to stay in basketball and has been an assistant basketball coach for the last five years under head coach Michael Potsou on the Whitfield High School staff.