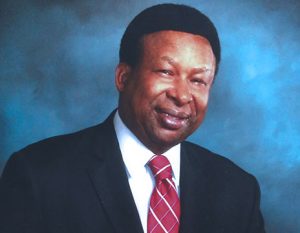 He has spent 36 years as a basketball official, including officiating at 12 NCAA Final Four Tournaments – all as a second job. Now, Ed Hightower is taking a break. The 62-year-old Hightower, whose day job is as a school superintendent in Edwardsville, Ill., recently retired after almost four decades of blowing his whistle while running up and down the hardwood. He called his final game last year.

Hightower was a mainstay of Big Ten, Big East, Big 8/12, and Missouri Valley Conference basketball. He won the 1992 Naismith Award as Division I college basketball’s best official and was selected to the Illinois Basketball Coaches Hall of Fame in 1998.

Hightower has always been known to have a flair for the dramatic – even when no drama exists. His theatrical foul calls came frequently. As he entered his late 50s, Hightower has called fewer Big Ten games to stay closer to his southern Illinois home. “I’ve been around a long time,” he said of his decision to slow his schedule. “So I realize I don’t run as fast as I used to, I realize that my time is getting near, I’m gonna fade away. But the moment that I stop being able to enjoy the game and make a contribution toward the betterment of the game, then I want to walk away.”

That decision came after the 2013-2014 season. “I have been the luckiest guy in the world,” Hightower said. “How many people can you say can go through life and do the kind of things they want to do? Think about that for a moment. I’ve been an educator. I worked my first national championship in 1988, had an opportunity to go to the NBA. “I stayed in education, because again, I would have had to give it up. To stay in college basketball and work with young people, then my day job, working with young people, how many people can say they go through an entire career and really do the kinds of things they want to do?”

While Hightower has hung up his whistle, his career as an educator will continue for awhile. He and his wife have bought a home in Fort Myers, Fla., which will be the couple’s winter home. “You know, 40 years counting high school, this will be the first January that I will be home. So my wife and I are going to have to court all over again—we’ll have to start this relationship and we have been married 39 years.”