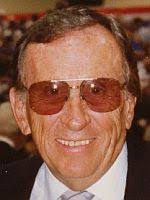 Voted the greatest bowler in history in a 1971 poll conducted by Bowling Magazine, Carter was the first star to score a grand slam of the sport’s match game titles. He won the All-Star, Worlds Invitational, PBA National and the ABC Masters. He also captured four ABC titles.

Carter started as a youth with the veteran Hermann Undertakers team of St. Louis before moving  the Ziern Antiques, whose lineup included Ray Bluth, Pat Patterson and Tom Hennessey. After two years with the Pfeiffers of Detroit, he returned to St. Louis when the Budweiser team was organized in 1954.

The famed Budweiser team of St. Louis (featuring Carter, Bluth, Hennessey, Patterson and Dick Weber, all of whom would become members of the ABC Hall of Fame) rolled an ABC record 3,858 series in league play in 1958, breaking a record that had stood for 21 years. To set the scene: It was March 12, 1958, at Floriss Lanes, which was owned and operated by Ray Haefner. Lee Haefner was manager and Bob Haefner was working there that night. Carter and the rest of the Budweiser team were from Wellston High School and all had been or were full-time employees of Ray Haefner’s Floriss Lanes. Officials from the ABC arrived before the third game was over. After the final game, the lanes, the balls and all the pins passed inspection by the ABC representatives. The pins were removed from play and stored. 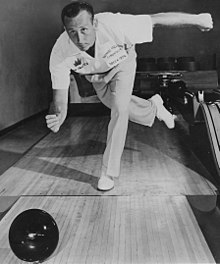 In 1958, Carter was a charter member of the PBA and served as the organization’s first president. It was organized by Carter and other professional bowlers who wanted the professional tour to have a structure in tournaments, travel and organization. They modeled it after the Professional Golf Association (PGA) tour. Carter was instrumental in making the PBA successful. It sponsored tournaments in 1959, and Carter was its early dominant bowler. His importance to the sport could be noted when in 1961, an upstart rival – the National Bowling Association – was founded to challenge the PBA’s dominance. While the National Bowling Association attracted many leading pros of the day, it lasted only one year, partly because Carter would not leave the PBA.

Being an early part of the PBA was not Carter’s only contribution to the sport. He also helped develop equipment. In 1959, Carter designed the first bowling glove, known as the Don Carter Glove. The glove had a small pad that filled the space between the palm and the bowling ball that it gripped. It made the wearer feel like they had better control of the ball. Carter’s gloves were very popular and he sold many. His creativity extended to  innovative advancements in shoes and bowling bags.

By the 1960s, Carter had firmly established his place at the top of the game, both professionally as a competitive bowler and from a business point of view. In 1960, he led the PBA in money earnings, and captured the All-Star, World’s Invitational and the PBA National Championship. Carter again led the PBA in earnings in 1962, and became the only bowler to ever win the Hickok Belt as professional athlete of the year.

Carter capitalized on his fame with commercial endorsements. He had a 23-year association with Ebonite, including a 10-year deal he signed in the 1960s worth $1 million. At the time, it was the most lucrative deal for an athlete and one of the biggest ever for a bowler.

Carter understood what it took to become a leader at his sport. He once told a reporter, “To become a great bowler takes temperament and dedication. Bowling is a very difficult game, mentally. In golf, you see all the hazards. In bowling you don’t see the slick boards. Every lane is different. You have to adjust for your mistakes. The best bowlers are the ones who are able to adjust.”