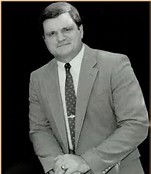 Dave Butz was drafted in the first round (No. 5 overall) by the old St. Louis Football Cardinals in 1973 and went on to play 222 games, in his 16 year NFL career – mostly with the Washington Redskins.

The defensive lineman, who attended Purdue University, started 10 games for the Big Red his rookie season, but injured his left knee in the opener of the 1974 season and was out the remainder of the season. 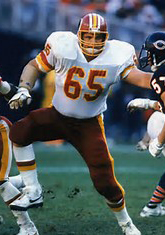 Redskins coach George Allen gave the Cardinals two first-round draft picks and a second- rounder for the right to Butz after the 1974 season. Butz then played 14 seasons for Washington, where he made three Super Bowl appearances (winning the championship in Super Bowl XVII and XXII).

A native of Park Ridge, Ill., Butz played high school football at Maine South High School in Park Ridge, where he was a two-time high school All-American. He also played basketball and was the Illinois High School discus champion, setting a state record. He then played football at Purdue, where he won the 1972 Zipp Award as college football’s Outstanding Player of the Year and was a finalist for the Lombardi Award. He was a first team All-Big Ten member and played in both the East-West Shrine Game and Senior Bowl, where he was named the defensive MVP.

Butz went on to anchor the Redskins’ defensive line, which in 1982 yielded the fewest points (128) in the NFL. At the victory parade following the Redskins win in Super Bowl XXII, Butz famously shouted to the crowd, “We came, we saw, we kicked their butz.”