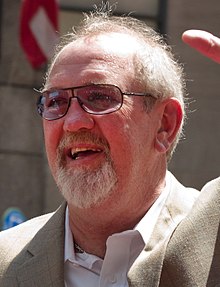 There are other rags to riches stories in the hallowed hallways of the Baseball Hall of Fame, and we’re not talking about money.  But the story of Bruce Sutter is an amazing one, when you consider the odds of him turning around a near dead career with an injured arm into a Hall of Fame ending all due to the development of one pitch.

The injury came right away, signed by the Chicago Cubs in 1971 for $500, he went to the Bradenton Cubs of the Gulf Coast League.  After pitching in just two games, he was diagnosed with an elbow injury and was gone for the 1972 season. He needed an operation on the pinched nerve, got it, came to training camp in 1973, but poof, no more fastball.   Bruce had paid for the surgery himself.

“I didn’t think an injured pitcher would get any chance at all, and I was afraid they would release me if they knew I was hurt,” admits Sutter.  “I chose not to tell them because why would they pay for an untried pitcher and someone would say ‘there goes another sore armed pitcher’.”

The teacher or the hero for Sutter was a guy named Fred Martin, a former Cardinal righthander then employed by the Chicago Cubs as a minor league pitching instructor.  Way down in Class A ball in Quincy, Illinois, the pitch, a split fingered fastball, was introduced to Bruce in 1973.

The pitch as described by the author was not totally original, being a relative of the forkball, but with Sutter’s long fingers, he could force it to spin forward and then dive downward as it reached home plate.  His thumb would push the ball out from between his wide spread fingers and it worked because he has huge hands to hold it.  Sutter still had just enough speed so the hitters couldn’t tell the difference whether it was a fastball or the splitter coming at them.  Although even if he announced in advance it was the splitter, they still couldn’t hit it!

After five years in the  minors, the 6’2” righthander got to Chicago in 1976 after posting some excellent ERA numbers.  He was just 23-years-old at the time and in 52 games, he went 6-3 with a 2.70 earned run average and all in relief.  A noteworthy fact were the 73 strikeouts in 83 innings.  He had never started a game and never would, becoming the first player in history to make it to the Hall as a 100 percent reliever.

Sutter’s science was simple.  He could change speeds with the pitch by simply changing the position of his arm in the delivery.  He didn’t change the speed of his arm, but when some of the balls would dive and bounce in front of the plate, it was more than a little unnerving to the batter.

Then, in 1979, Sutter hit the jackpot turning in a fabulous resume.  In 62 games, he posted a 2.22 ERA, gained a National League leading 37 saves, with 110- strikeouts in 101 innings.  He became only the third relief pitcher in baseball history to win the Cy Young Award.  Mike Marshall from the Los Angeles Dodgers had won in 1974 and in 1977 it was the New York Yankees Sparky Lyle.  At the time, his 37 saves had tied a National League record held by Clay Carroll and Rollie Fingers. Oh, and yeah, he won the All-Star Game again!

With all of Sutter’s success, the Cubs were still not competing for titles, and after another league leading save season in 1980 with 28, Chicago was ready to part with their star.  He was moved on for two reasons.  First, the Cubs had another all-star caliber reliever waiting in the wings in Lee Smith, and now Sutter could command bigger money, earning an unprecedented $700,000 in salary arbitration after the ’79 season.

The now Hall of Fame manager of the Cardinals Whitey Herzog stepped up in his new general manager’s role as well, offering the Cubs the services of promising first baseman Leon Durham, St. Louis fan favorite Ken Reitz and a minor leaguer named Ty Waller for the incomparable stopper.  The payoff was instantaneous.  Sutter set a St. Louis record saving 25 games in the strike season of 1981, himself becoming a fan favorite.

Cardinal fans knew the game was over and a win would be recorded if Bruce Sutter came into the game whether it be the eighth and ninth as he would do on occasion, or just the ninth.  1982 would put a stamp on his Hall of Fame credentials in helping to lead the Cardinals to their first World Championship in 18 seasons.

1982 would be embellished in Cardinals’ history with the picture of Sutter jumping for joy in Game Seven of the World Series.  He mowed down the last six batters thrown up by the Milwaukee Brewers as manager Herzog took no chances,  ending the wildly thrilling night at Busch Stadium with a strikeout of slugger Gorman Thomas to nail down a tough 4 games to three win.  In all, Sutter saved 36 regular season victories and won nine more himself in 102 innings.

He wasn’t done yet.  After a so-so ’83 season with an ERA over four runs per game, he bounced back and put on the board a career high and all-time National League record of  45 saves, in 122 innings (also a career high), won five games and had a remarkable, unhittable 1.54 ERA.  The team finished only six games over .500, but was on the brink of greatness again.

When Sutter was going into the Hall, his manager Herzog said in appreciation, “He was the most important guy on our team when we won.  The way the game is played today, you are trying to cut the other team down to 21 outs to beat you.  When you do that and you have Bruce Sutter ready to come in, you have a great  chance to win.”

Pitching two innings to close a ball game was nothing for Sutter.  Sometimes he’d even go more.  From 1977 to 1984 he averaged over 100 innings a season from the bullpen and opposing hitters hit just .224.  He won the NL’s Rolaid Relief Award and The Sporting New’s Fireman of the Year Award four times, in 1979, 1980, 1981 and 1982. He led in saves three times as a Cardinal.   Five times in his brilliant career he was a top 10 vote getter for National League Most Valuable Player Award.

Then, stunningly, the Cardinals lost their ace reliever.  He accepted a six-year, $10 million free agent contract with the Atlanta Braves, but it didn’t work out from the time he arrived.  A pop in his shoulder came in spring training and he was never again the Sutter that stalked batters around the league.

“Bruuuu-ce” as the Cardinal fans would cry out on each appearance of their game winning stopper, is a member of the St. Louis Sports Hall of Fame and was inducted into the Baseball Hall of Fame in Cooperstown in 2006.