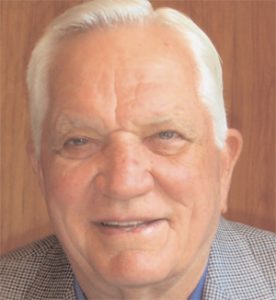 Robert George “Bob” Goalby, who was born in Belleville, Ill., and attended the University of Illinois. Goalby became a professional golfer in 1952. In the 1968 Masters Tournament, Goalby and Roberto DeVicenzo were tied at the end of regulation play and would have to go to an 18-hole playoff. Unfortunately, DeVicenzo did not realize that there was a mistake on playing partner Tommy Aaron’s scorecard. He had marked a 4 on the No. 17 hole when DeVicenzo had in fact made a 3. DeVicenzo failed to catch the mistake and signed the scorecard. PGA rules state that the higher written score signed by a golfer on his card must stand. As such, the error gave Goalby the championship. The story was recounted in detail in the 2005 book “The Lost Masters : Grace and Disgrace in ‘68” by Curt Sampson. DeVicenzo, who was then one of the world’s best players – a man who had held off Jack Nicklaus, who was considered by many to be the greatest golfer of all time, to win the British Open at Hoylake, England, the previous summer – never again finished as high as second in the Masters. 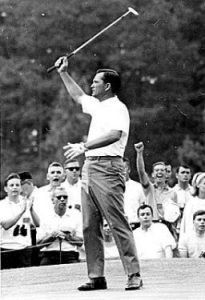 “What happened to Roberto was really unfortunate, because nobody wants to win that way and nobody wants to lose like that,” recalled Goalby, who wonders if DeVicenzo may have been distracted after missing a chance at finishing with a 64. “I think the bogey at 18 was still bothering him and he didn’t take enough time to check his scorecard,’’ Goalby said. “But people forget, he wouldn’t have won the tournament. All it would have gotten him was a playoff. I was really happy to win the tournament, but at the same time I was really sorry. I’d much rather have won in a playoff.’’ The outcome of the Masters did not affect the friendship with Bob and Roberto. Later, they even formed a partnership for an event on the Champions Tour.

Seven years earlier, Goalby had won the Los Angeles (now Nissan) Open at Rancho Park, only to be overshadowed by a first-round 12 shot lead by Arnold Palmer, the exciting young star who would go on to win three of the next six Los Angeles Opens. Goalby’s win in the ‘61 L.A. Open was accomplished with opening and closing 67s at Rancho Park, where he held second place after each of the first three rounds before pulling away to a three-stroke victory in a field that included past and future Masters champions Art Wall, Gary Player, Billy Casper and Aaron. The early 12-under score by Palmer may have overshadowed Goalby’s accomplishment that week, but he had other contributions that proved of more lasting fame, including helping found the Senior PGA Tour.

Goalby played on the 1963 Ryder Cup team. He retired from the PGA Tour having won 11 tournaments, then joined the Senior PGA Tour (now the Champions Tour) where he won twice more before retiring to his native Belleville. Goalby has designed several area golf courses. “It has been a lot of fun,’’ he said.

Goalby’s nephew, Jay Haas, played on the PGA tour and currently plays on the Champions Tour.