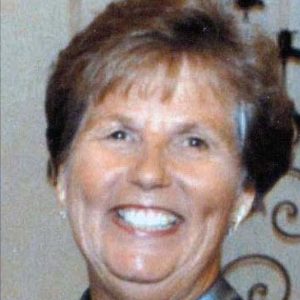 Berkmeyer also holds the rare distinction of being the first ever female athlete to receive an athletic scholarship to the University of Missouri-Columbia.

She was inducted into the Mizzou Hall of Fame in 2001. On the golf course, Berkmeyer was known for her even-keeled, matter-of-fact playing style. She matched the pros with a smooth, rhythmic swing. Berkmeyer told an amateur golfing publication that she enjoyed the camaraderie, exercise and challenges that playing golf provided.

Other highlights of her championship career, included:

• 1964 LPGA St. Louis Squirt Open at Glen Echo Country Club. Berkmeyer was paired with legendary LPGA golfer Mickey Wright. She knew of the pairing in advance and practiced until her hands hurt. Berkmeyer left an impression, ending up as Low Amateur for the tournament.
• 1969 U.S. Amateur at Los Colinas Country Club in Dallas (known today as TPC at the Woodlands). Berkmeyer was ultimately paired with tour pro JoAnne Gunderson Carner. She was tied for the final playoff spot and birdied the second hole of the playoff as Carner and her husband cheered on Berkmeyer.
• Berkmeyer once defeated Jane Bastanchury’s (Booth), who at the time held the record for most matches won on the U.S. Amateur.
• In 1996 Berkmeyer won the Missouri Women’s Metro Championship, marking the fourth decade that she had captured a major title.

Berkmeyer learned the game of golf from her father, Frank, who was a golf pro in Iowa and Northern Missouri. She honed her skills at Algonquin Golf Course in Webster Groves after her father took a superintendent position there.

Berkmeyer was a teacher in the Parkway School District. She and her husband, Rick, and their son, Skip, enjoyed playing golf together. The Berkmeyers are long-time members of Norwood Hills Country Club.