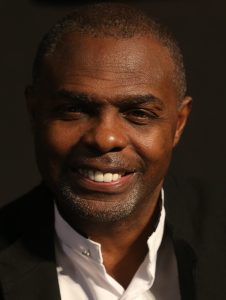 To say that East St. Louis’ Arthur “Flash” Johnson’s career has been varied would be an understatement. His trek has taken him from world champion boxer to contemporary gospel music artist to coach.

Johnson’s remarkable story is of an amateur boxer who competed for the U.S. in the ’88 Olympics, retired in his early 20’s and then mounted a comeback as a pro boxer who would win three world titles, is detailed in a documentary called 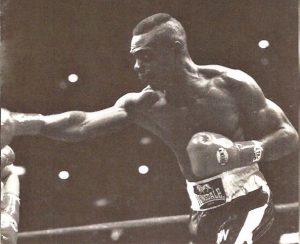 Growing up in East St. Louis, “there were quite a few things we could do,” Johnson said. “Trouble was the easiest thing we could find and we did a lot of that.”

A two-time world junior featherweight and one time bantamweight champion, Johnson fought his way off the streets of East St. Louis. He won 12 national championships, finished with an amateur record of 170-25 and was the first American boxer to win a gold medal in the Goodwill Games. Johnson also was a member of the U.S. Olympic Team in the 1988 Seoul Games. A flyweight, Johnson finished 2-1, losing a controversial decision in the quarterfinals to a host-team boxer.

Johnson had a successful career as a pro boxer, winning three world championship belts and would finish his career in 2003 with a record of 22-6 with 14 KOs.

Johnson co-founded the Arthur Johnson Foundation with his wife Latanya in 2001. The foundation is geared toward helping
youngsters stay in school, off drugs, and to pursue their education.

Johnson also has been composing music and performing for many years, sharing the stage with Gospel artists such as Fred Hammond, CeCe Winans, and legendary R&B group, The Delphonics and a host of others.